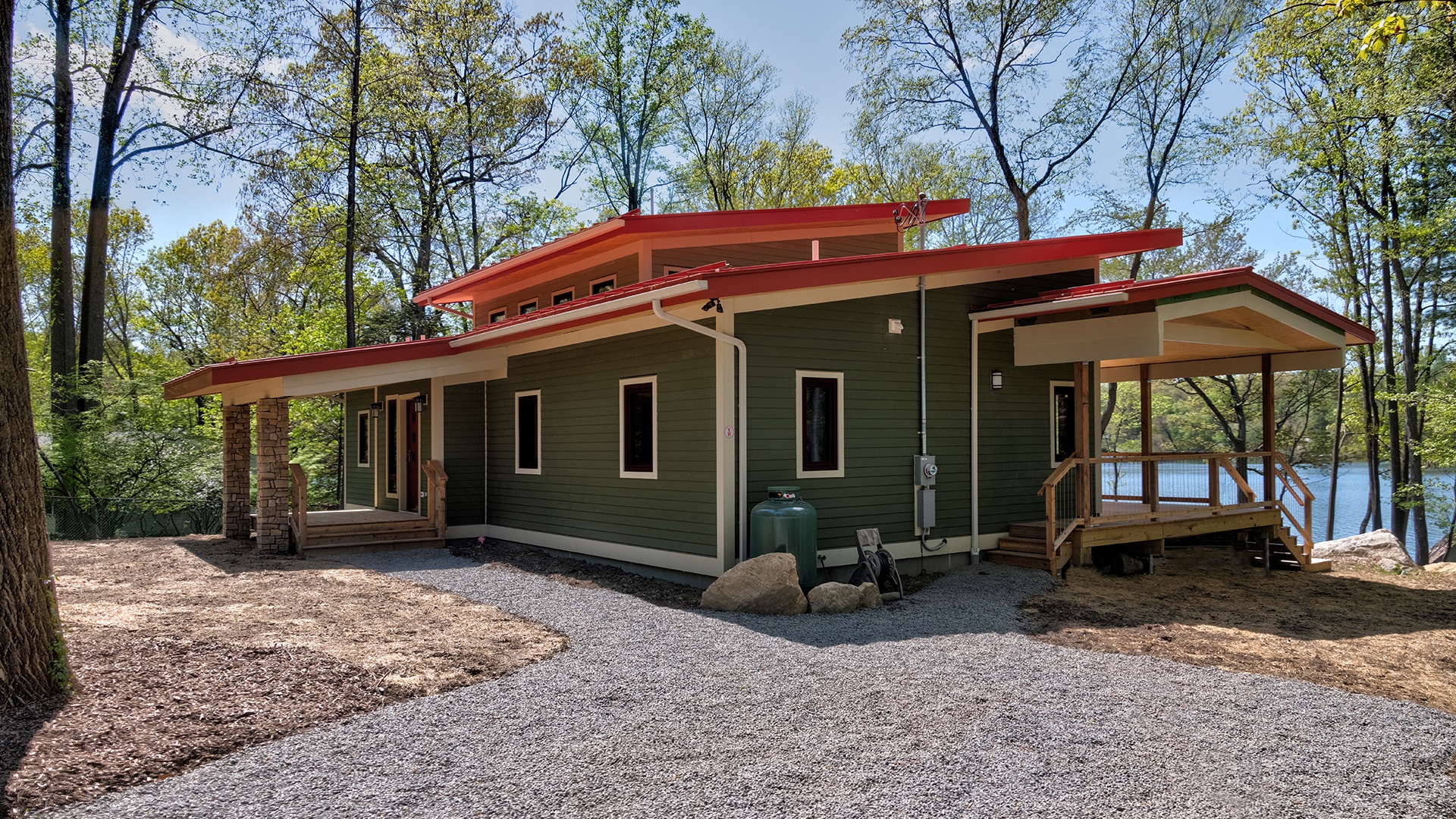 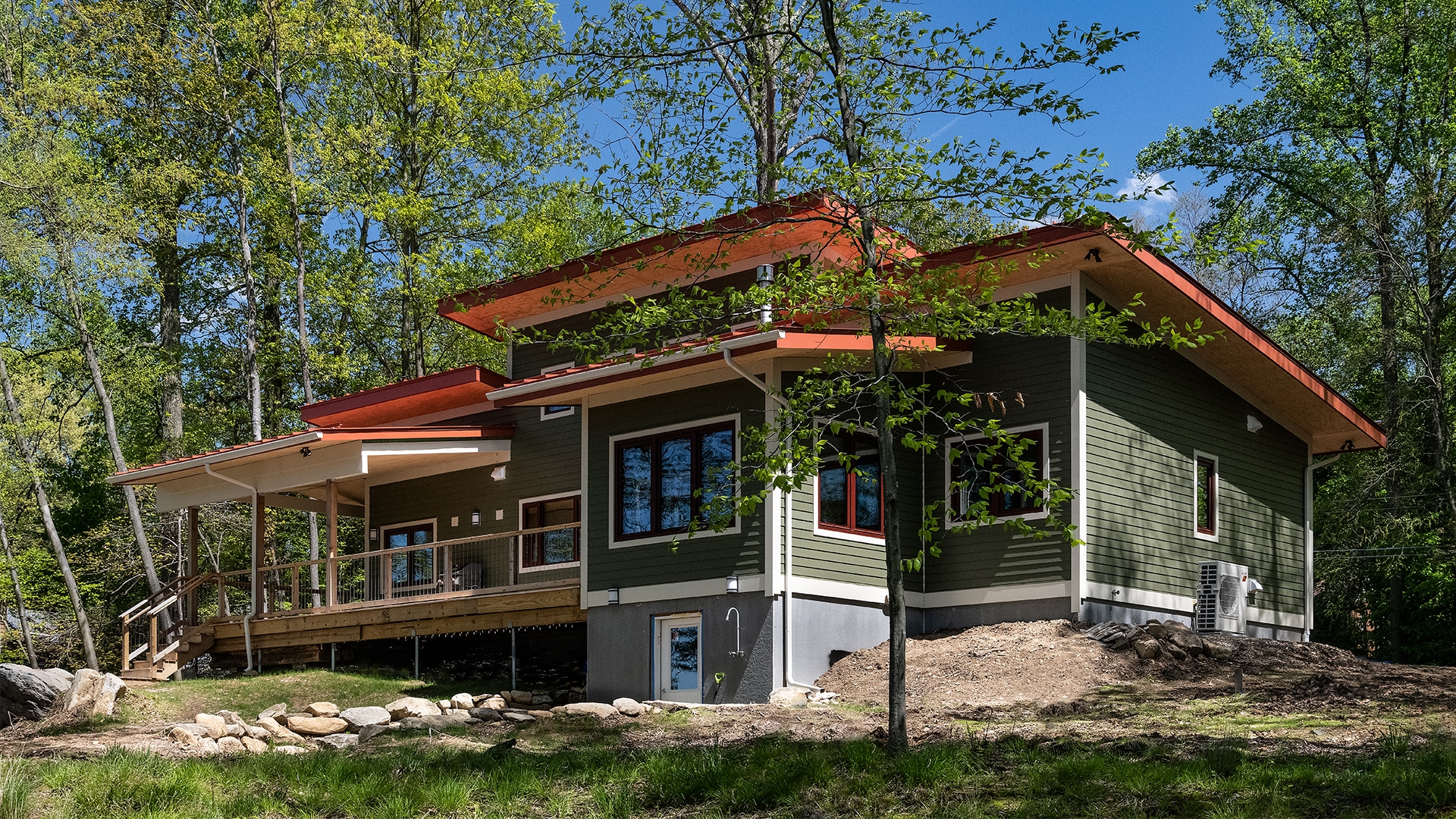 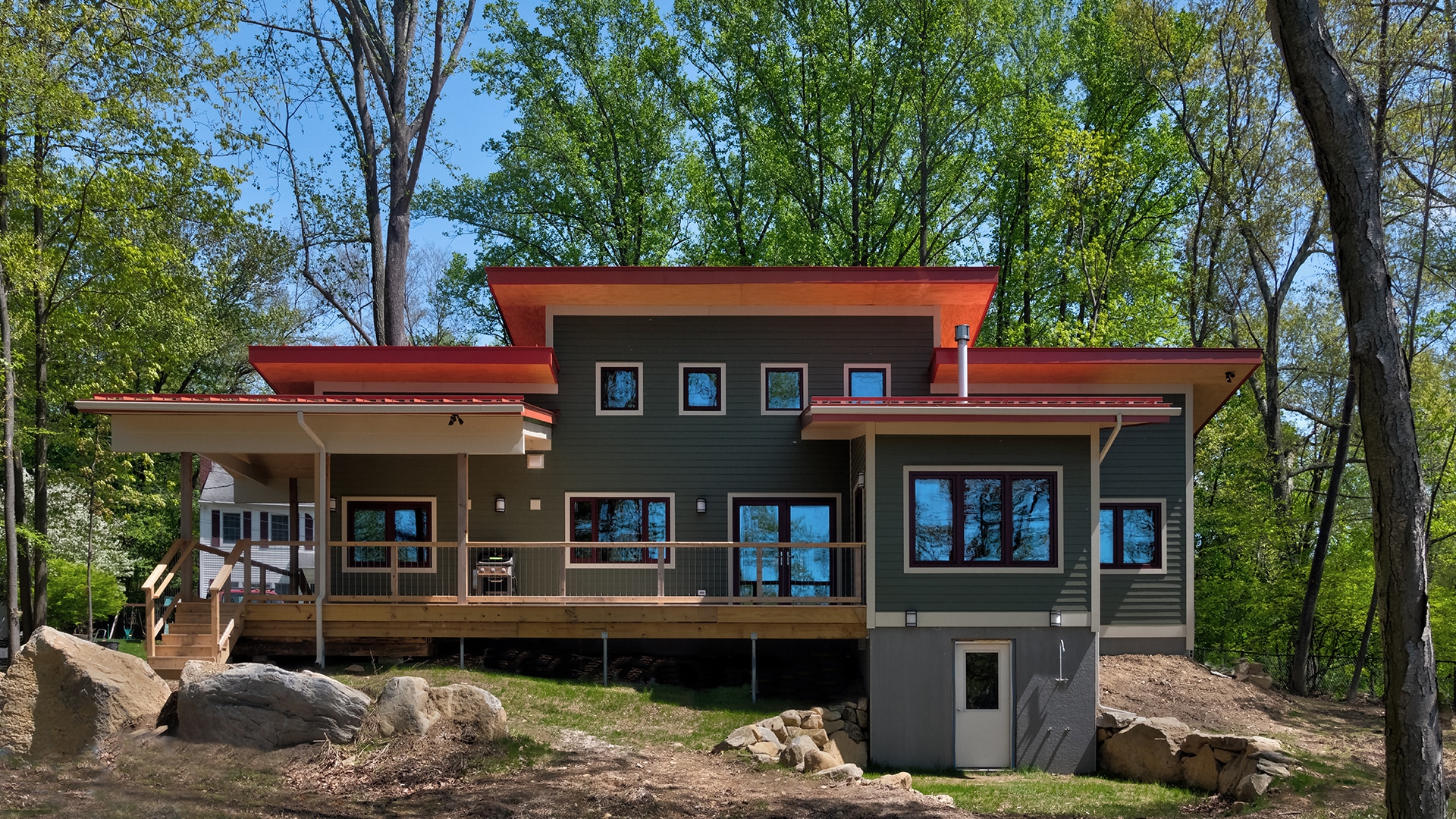 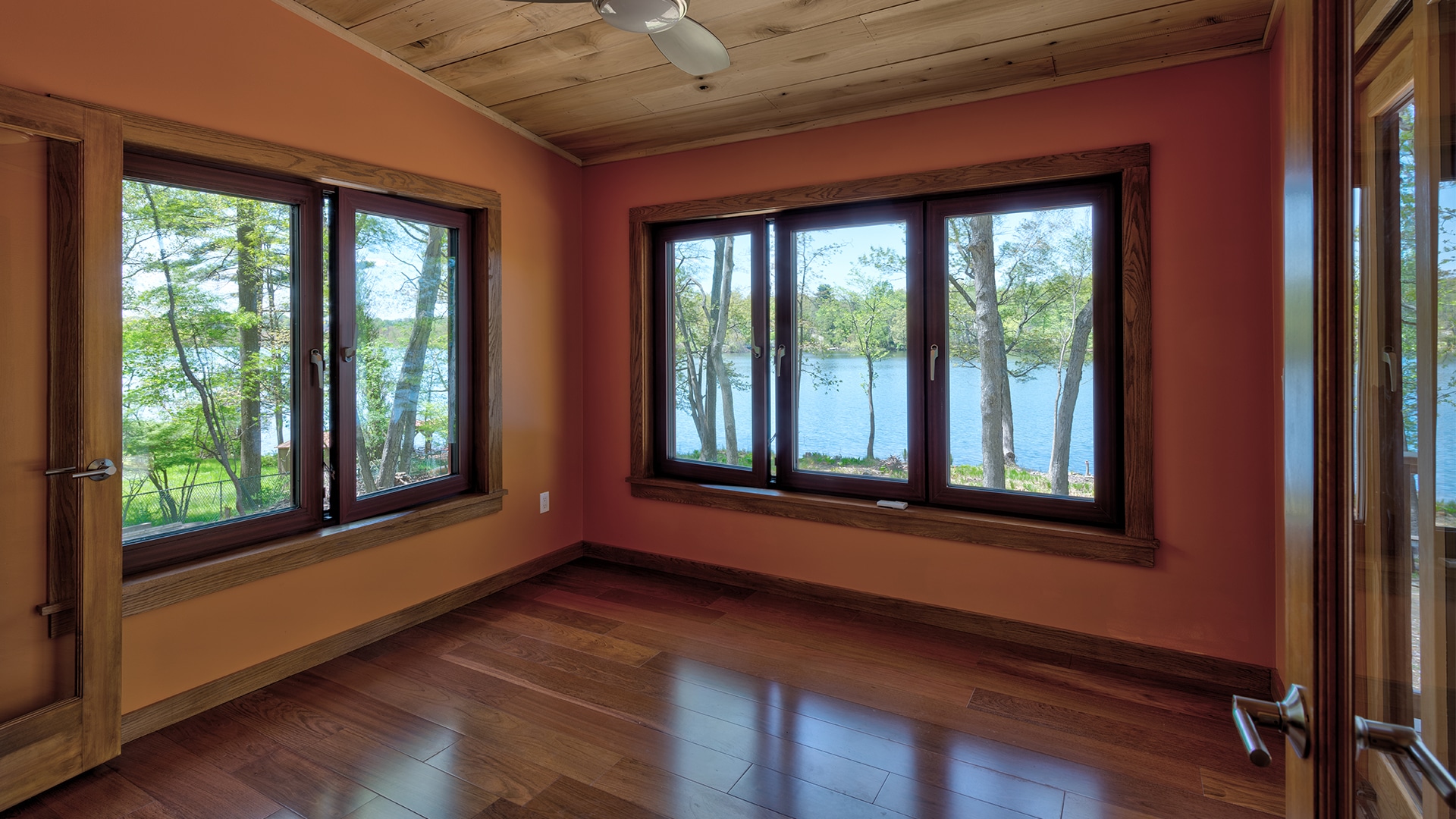 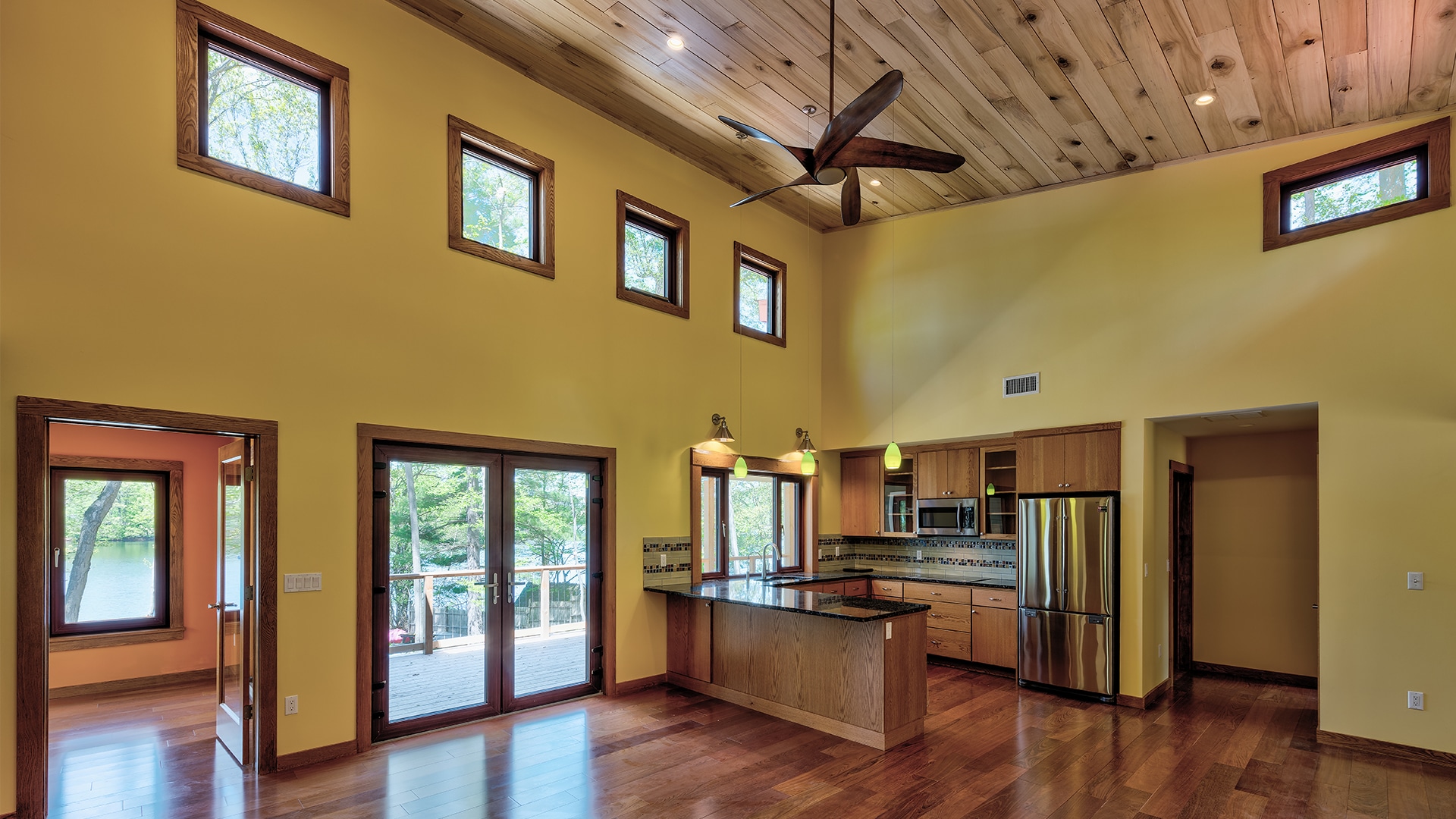 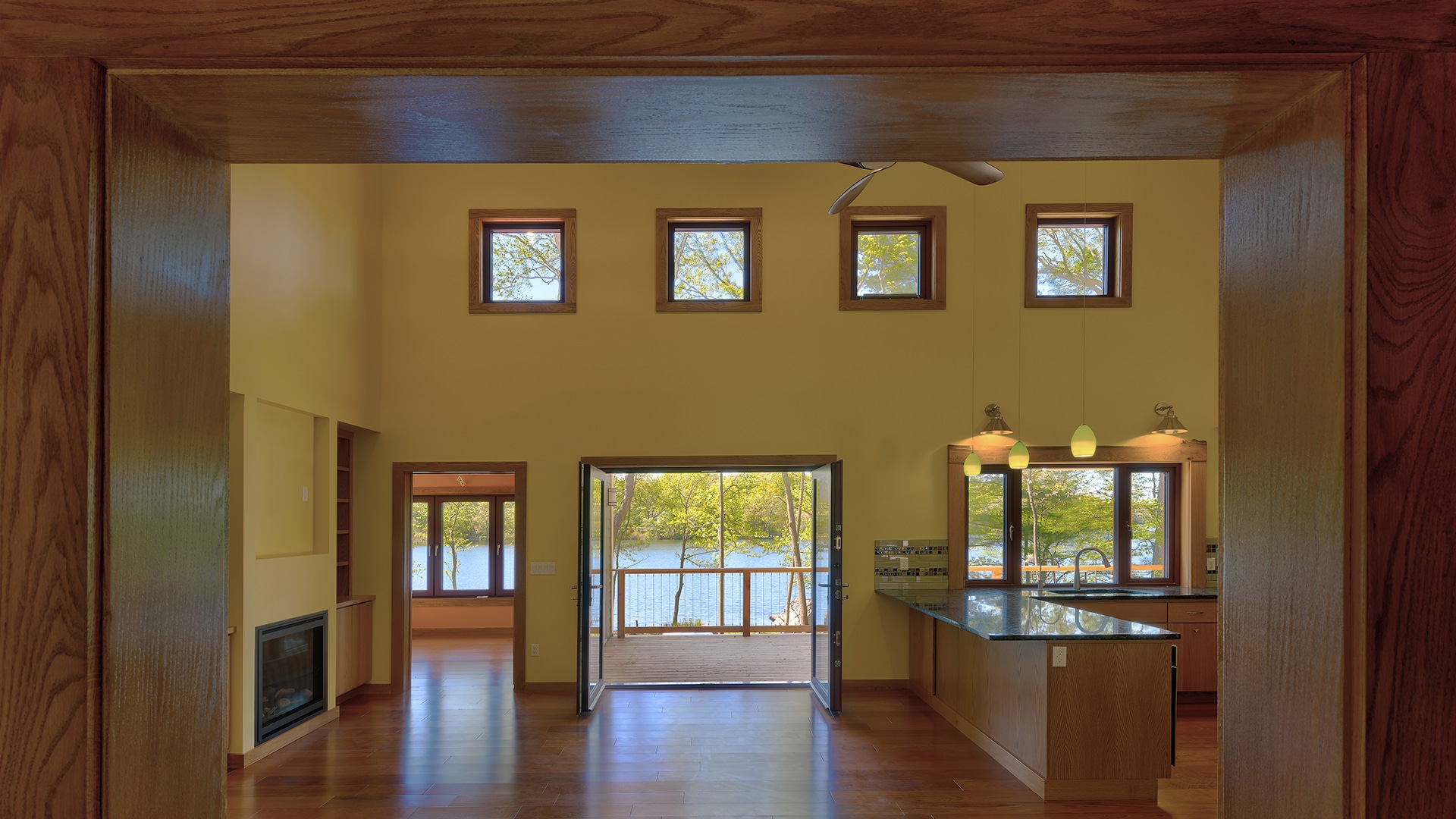 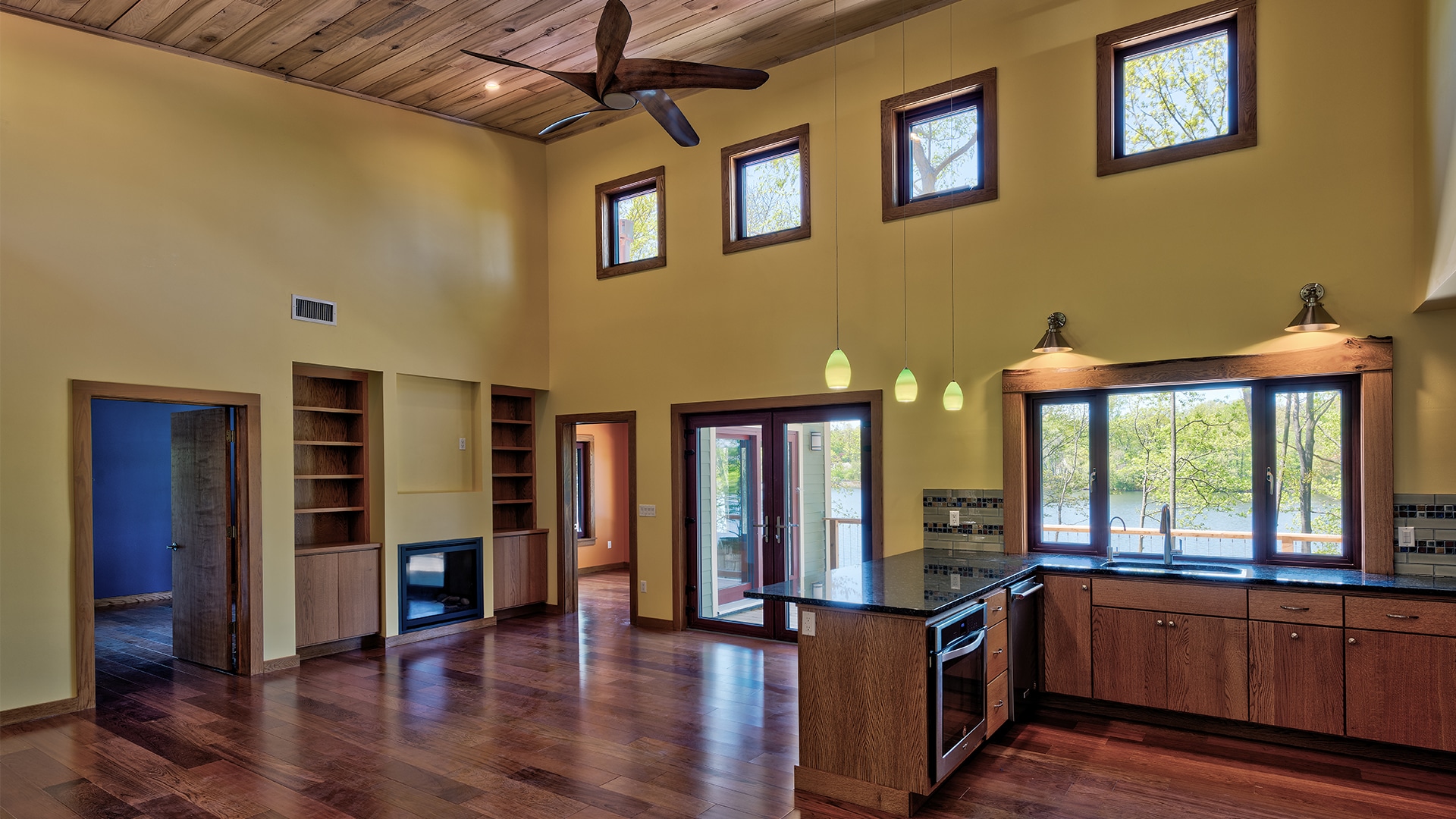 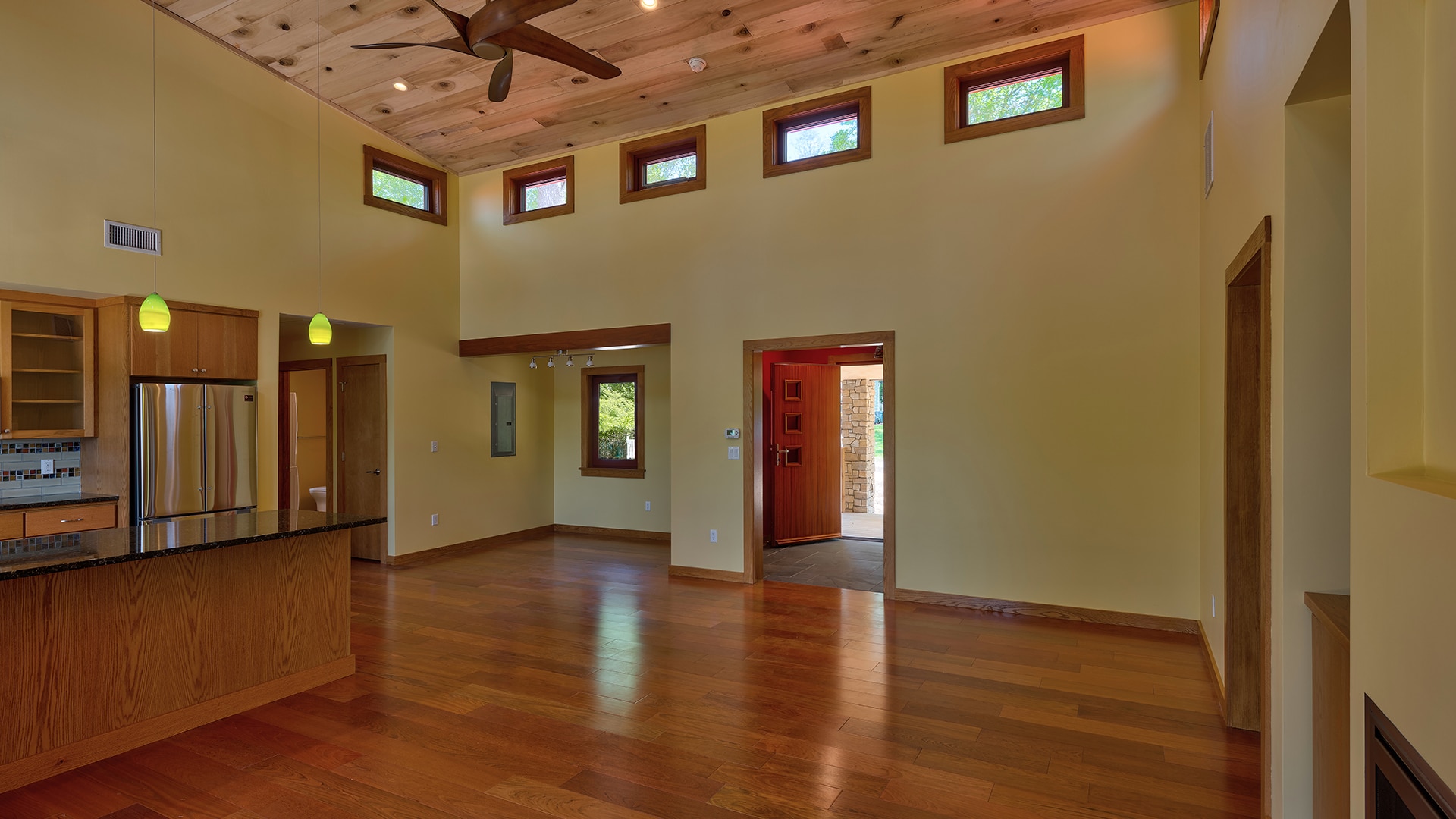 We have completed building this new, zero energy ready house located directly on the lake.  The lake was the main factor of this design.  We wanted to be sure we were able to get the best views of the lake for the living areas and bedrooms. 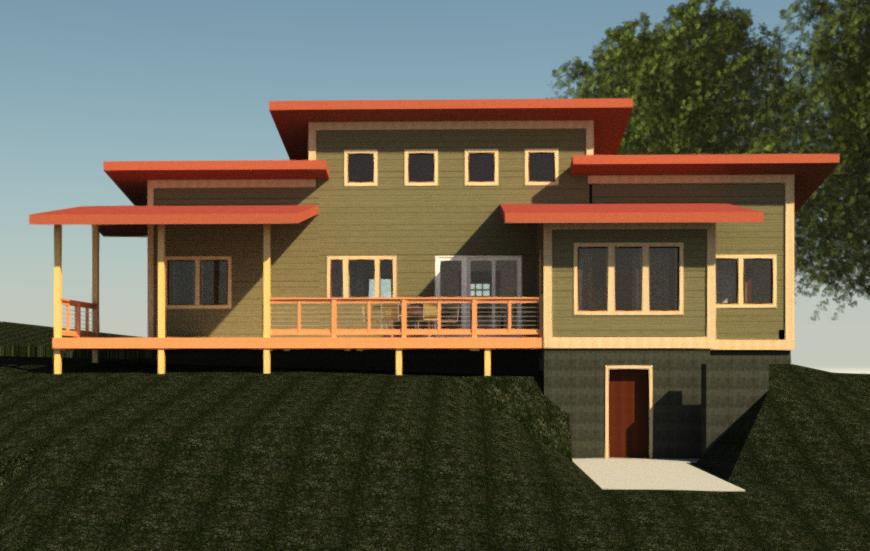 EcoBuilders, our construction company, was chosen as the general contractor and used panelized walls to build the house.  Panelized building is not only much faster than stick building, but it's also more accurate.  All of the walls are constructed in the factory and then sent to the site.  This helps save money on construction costs because the contractors won't order a surplus of materials that won't be used. 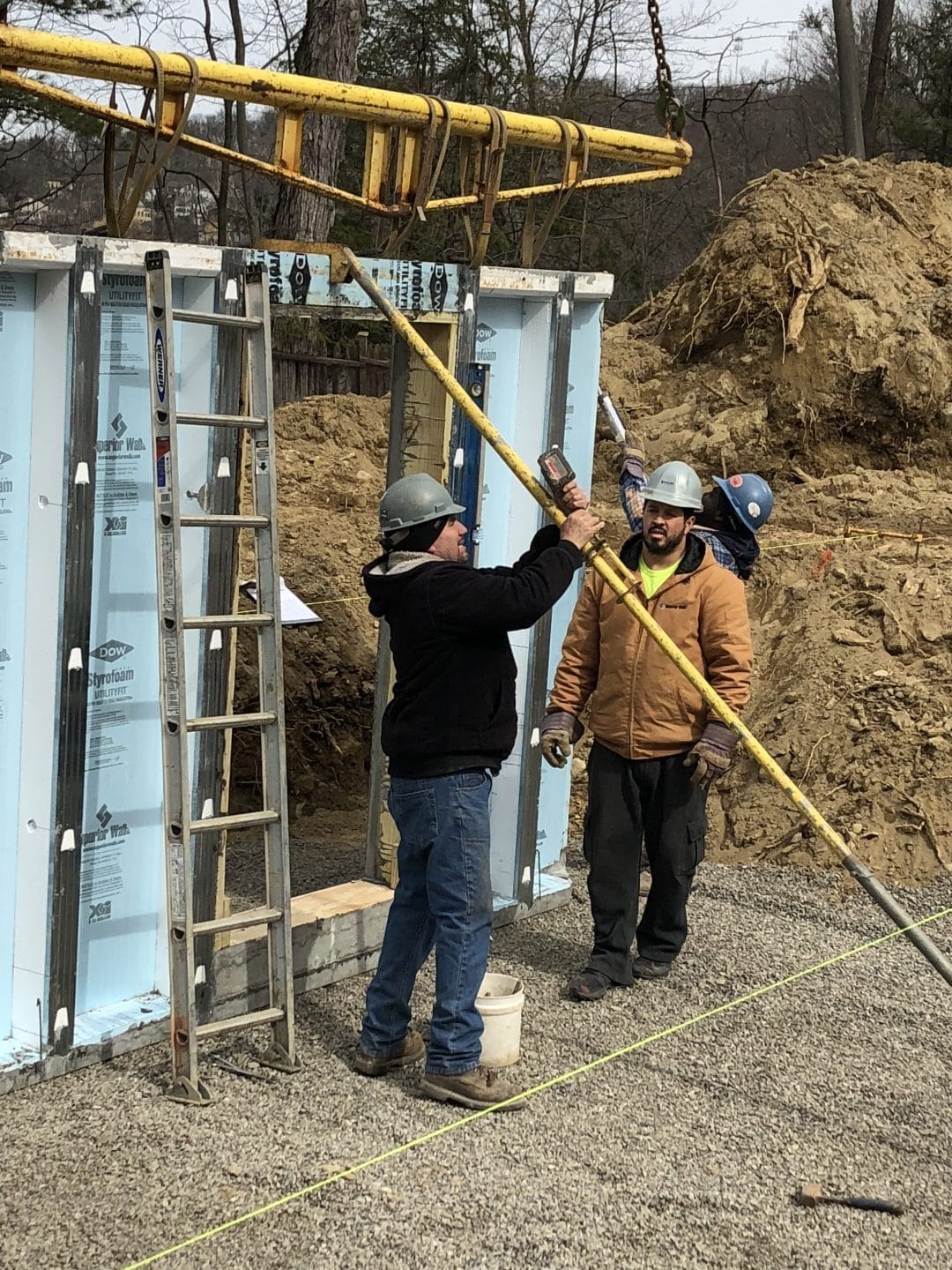 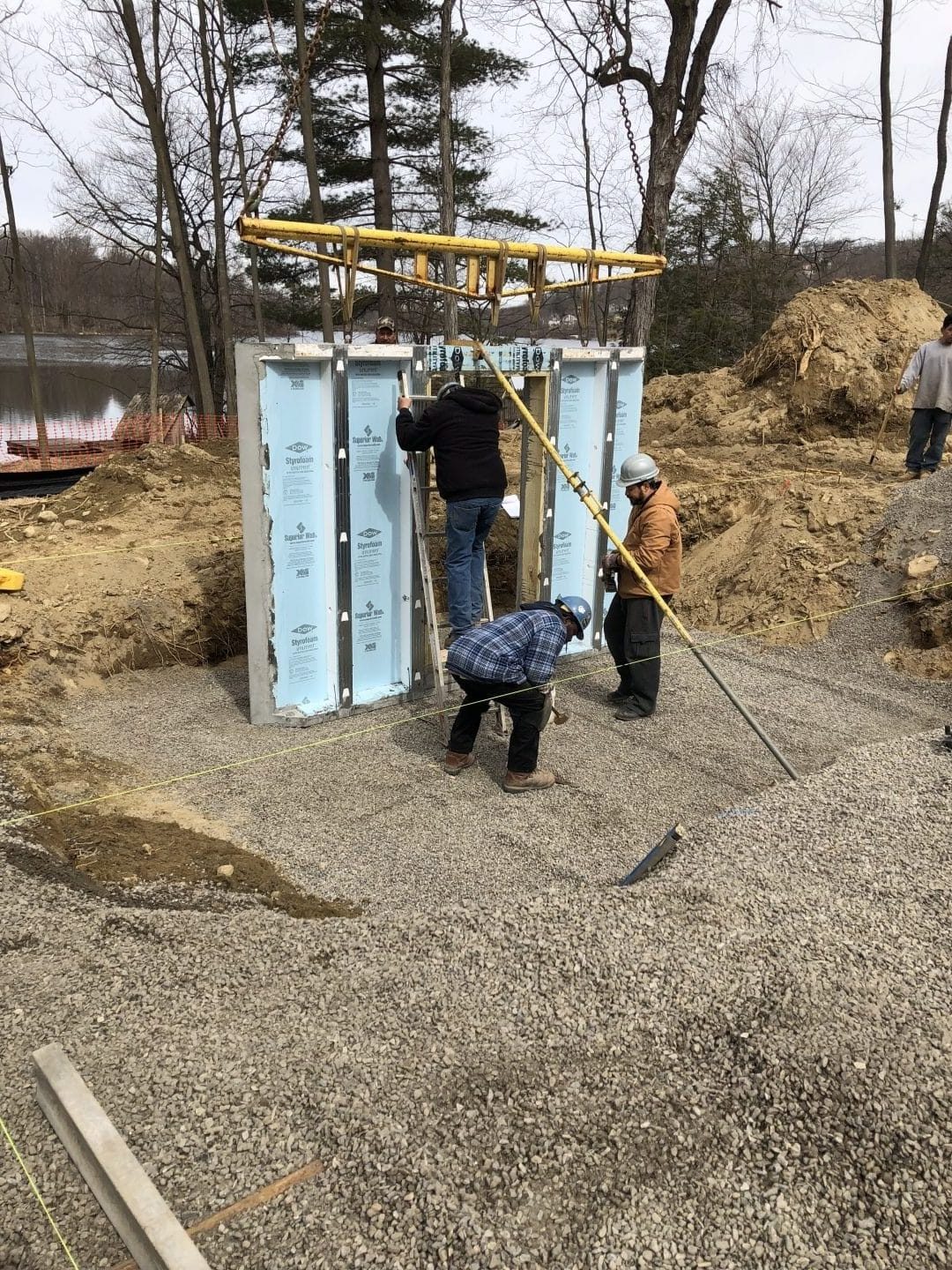 This project was a design and build project.  It was easy for changes to be applied and we were able to work closely with the owners and subcontractors.  It also avoids the bidding phase, allowing construction to start sooner than a design-bid-build project.

Being a design and build project, smaller details were able to be attended to during construction without change orders.  This helps the owner save time and money.

We are excited for the owners to move into their new home soon!