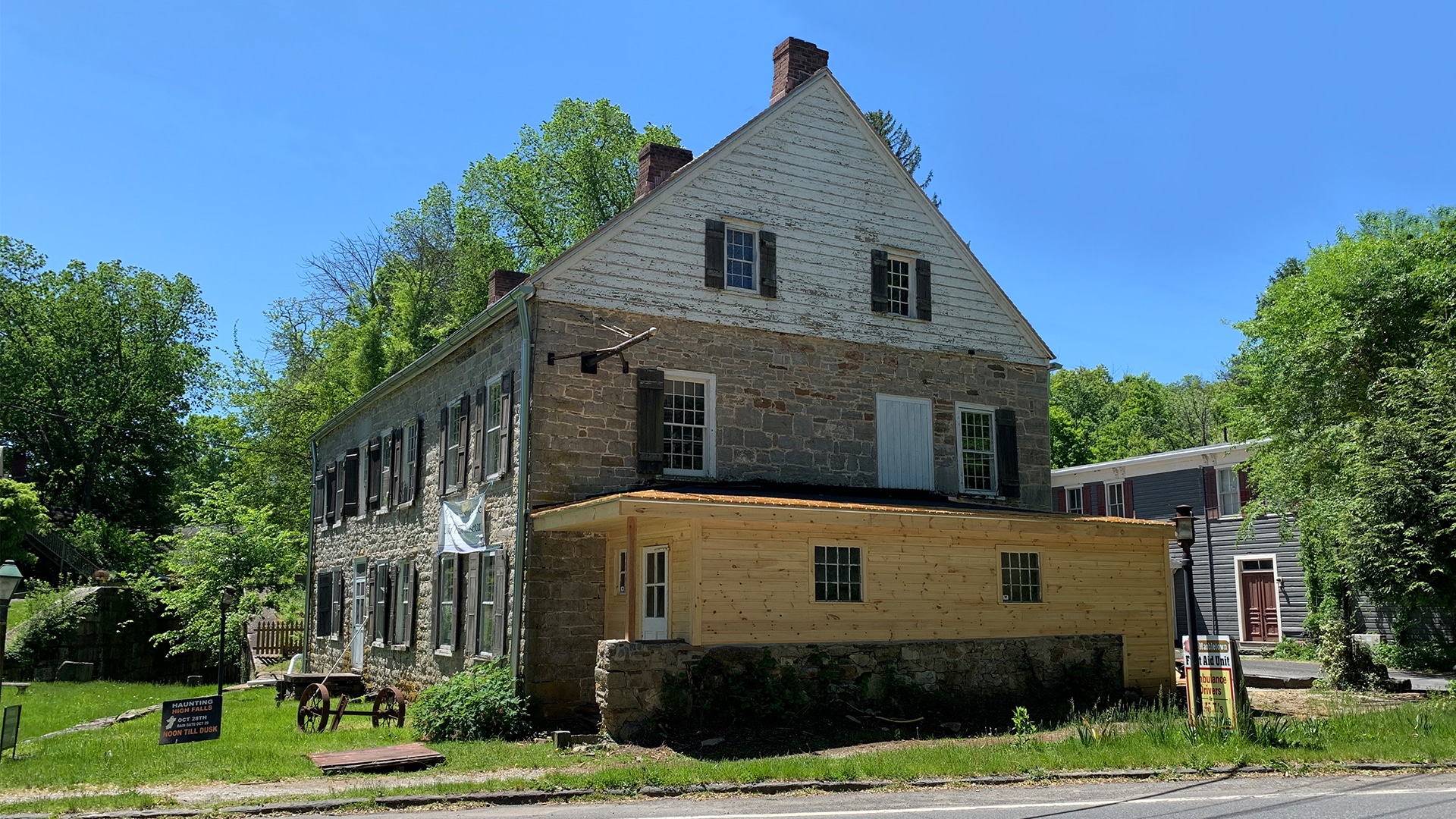 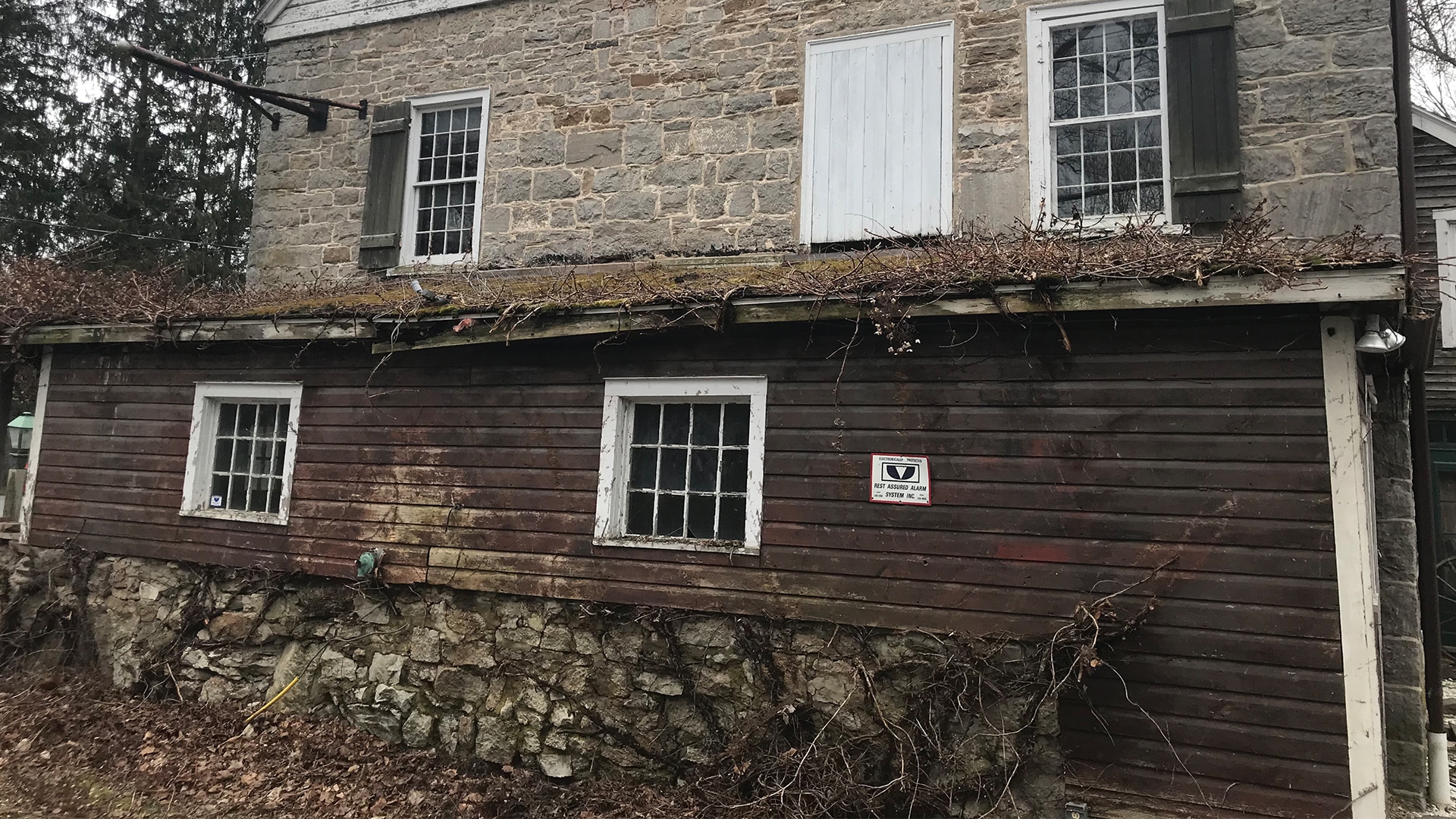 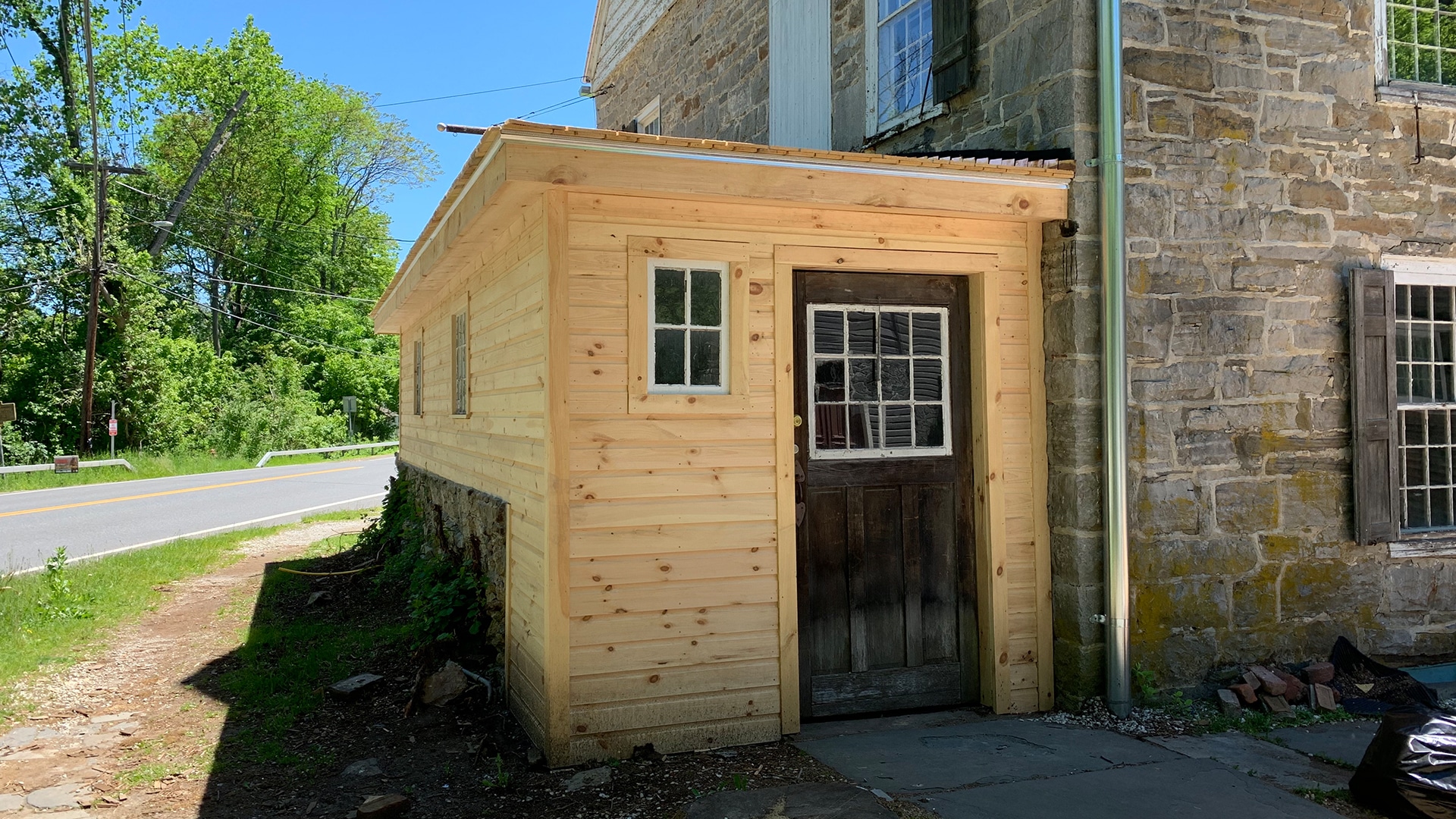 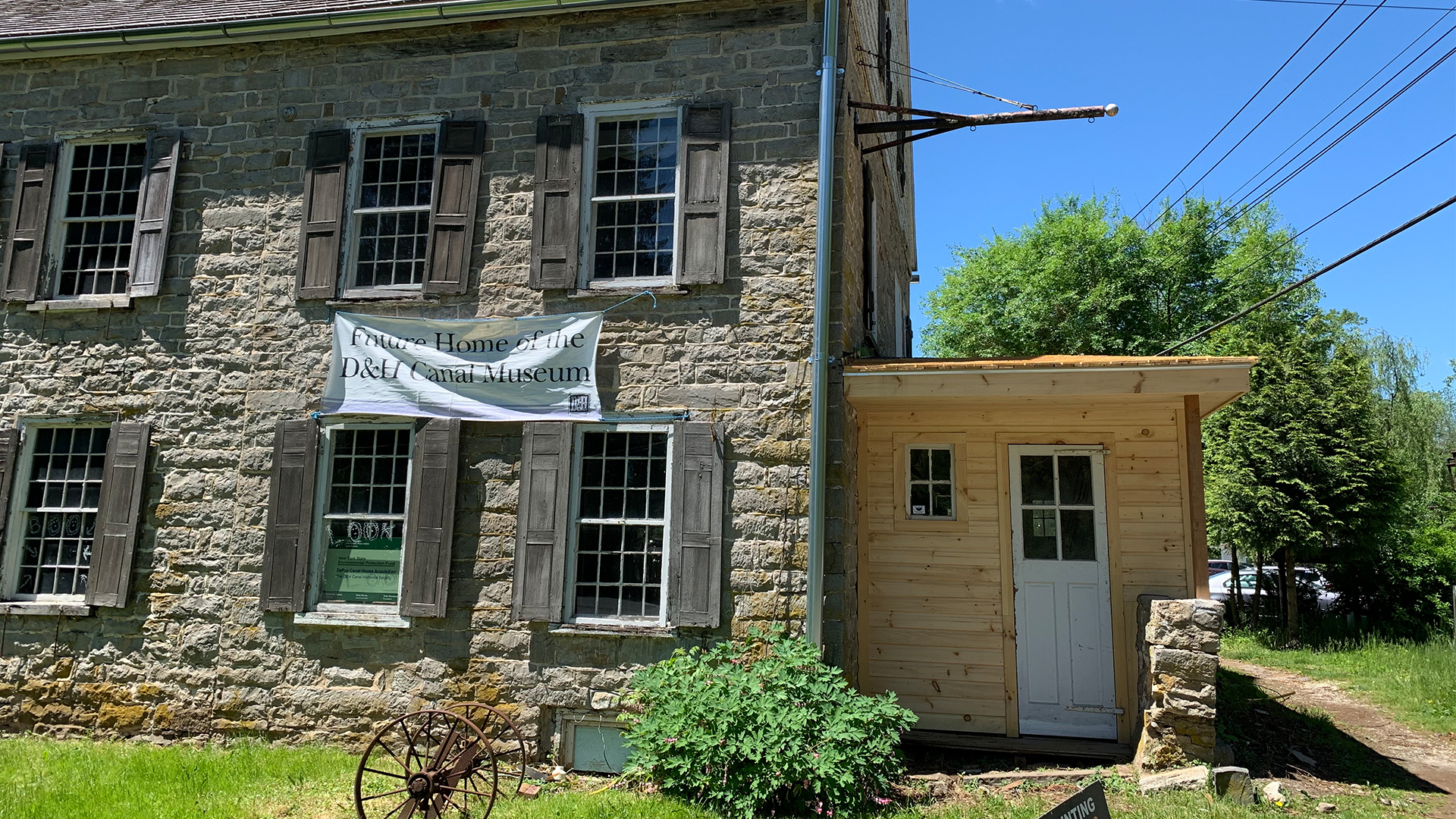 We designed a restoration for the north end addition of the Depuy Canal House in High Falls, NY.  The house is part of the D&H Canal Society and it will soon be home to the D&H Canal Museum.

The Depuy Canal House was originally built in 1797 along the D&H Canal, which was located directly adjacent to the house.  The canal was used to carry coal from Honesdale, Pennsylvania all the way up to Kingston.

By 1898, the canal closed and the Canal House was converted into a residence. In the 1960s, it was restored and renovated into a 4-star restaurant.  The D&H Canal Society bought the Canal House in 2015 and started to restore it into what was there in the 1800s.

Our restoration work focused only on the north end of the Depuy Canal House, which is made of wood connected to the stone house, an recreate what was already there.  Existing windows and doors were salvaged and reused in the new structure to maintain its historical character.

When rebuilding, our biggest concern was puncturing the historic stone wall of the house.  We took every measure to do the least amount of damage, but also protect the new addition from any future water damage.

Surprisingly, the demolition and construction only took a few weeks to complete.  We're excited to continue working with the D&H Canal Society to renovate the rest of the house into a museum about the canal and its surrounding areas.