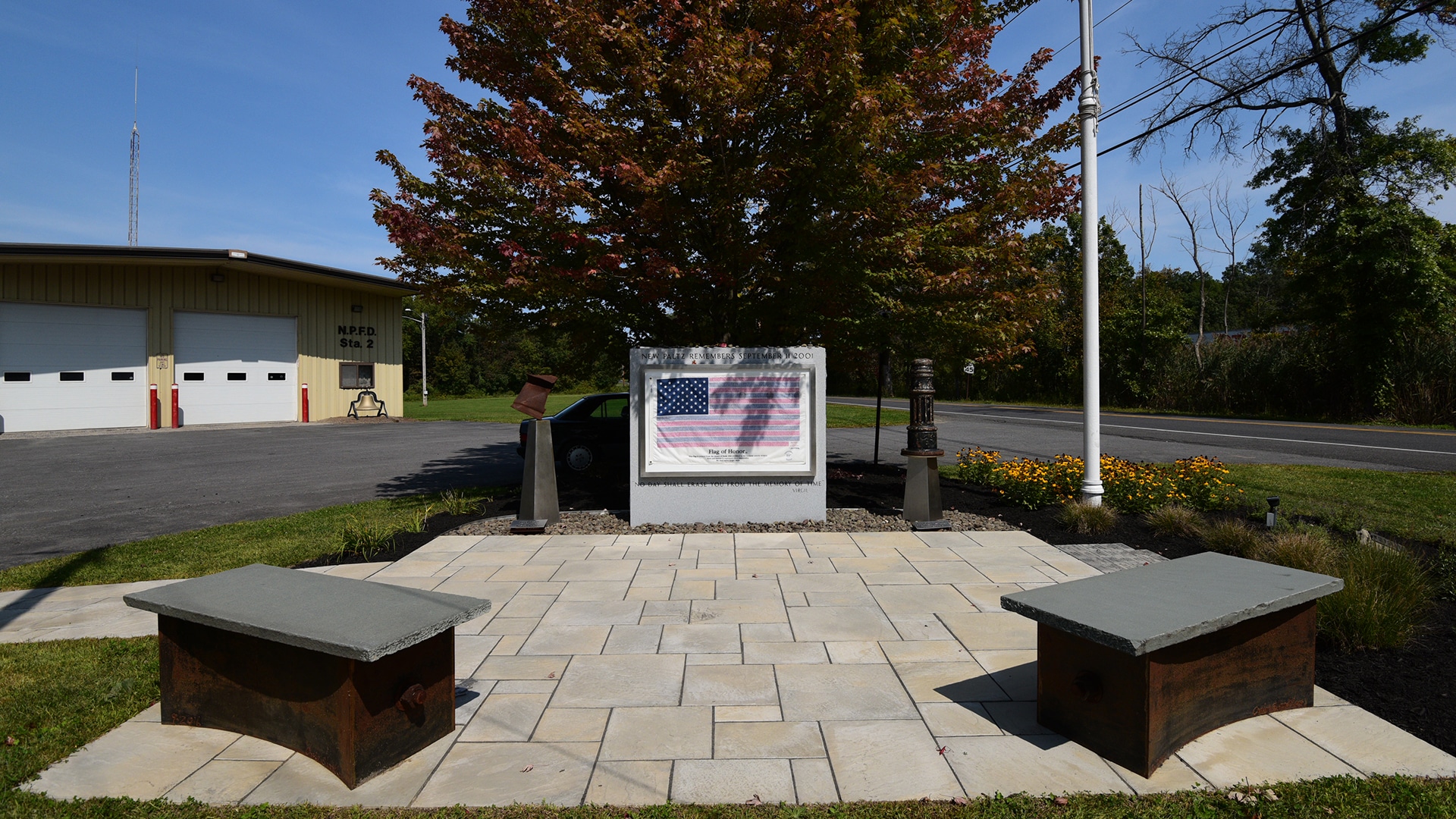 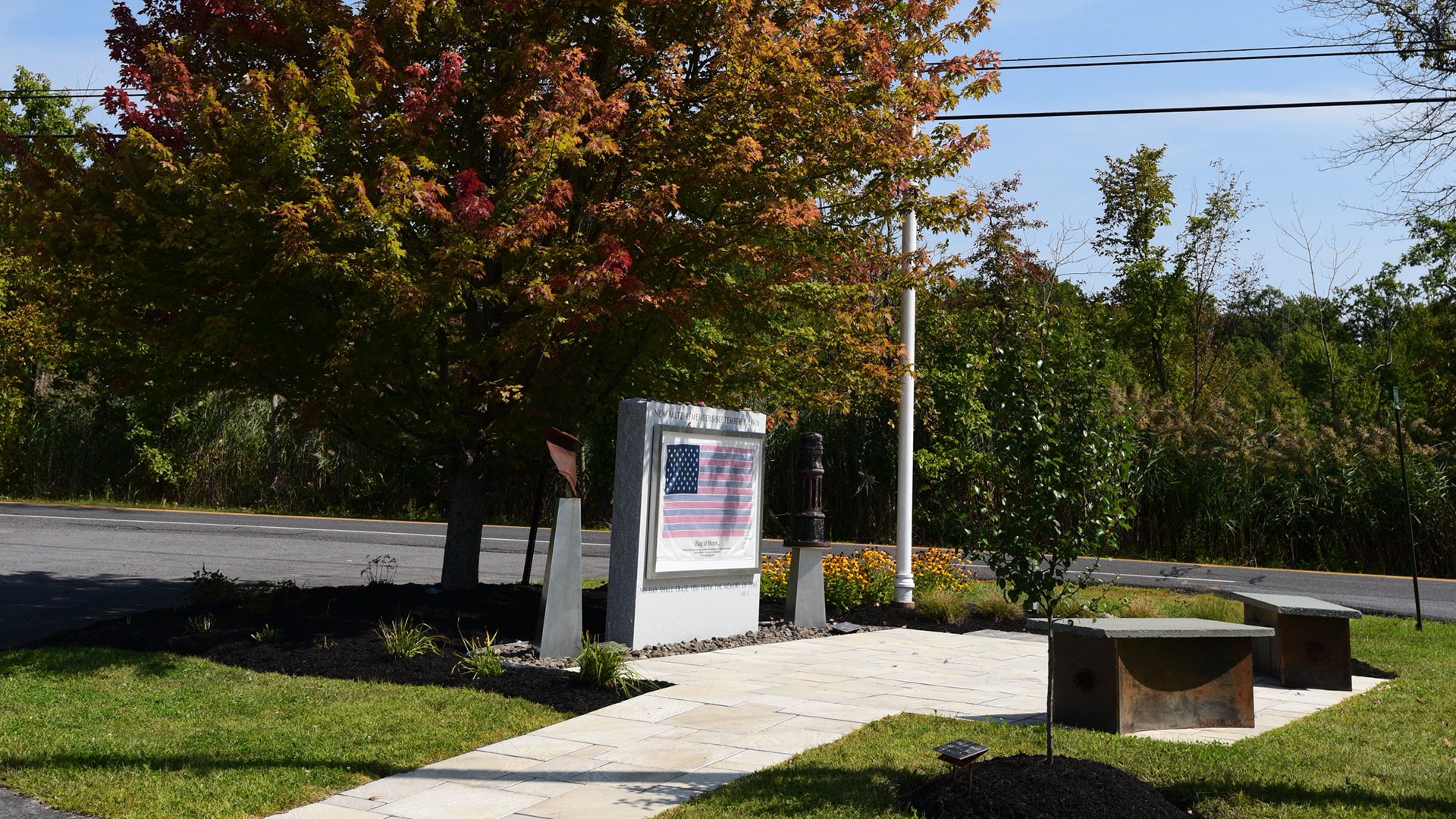 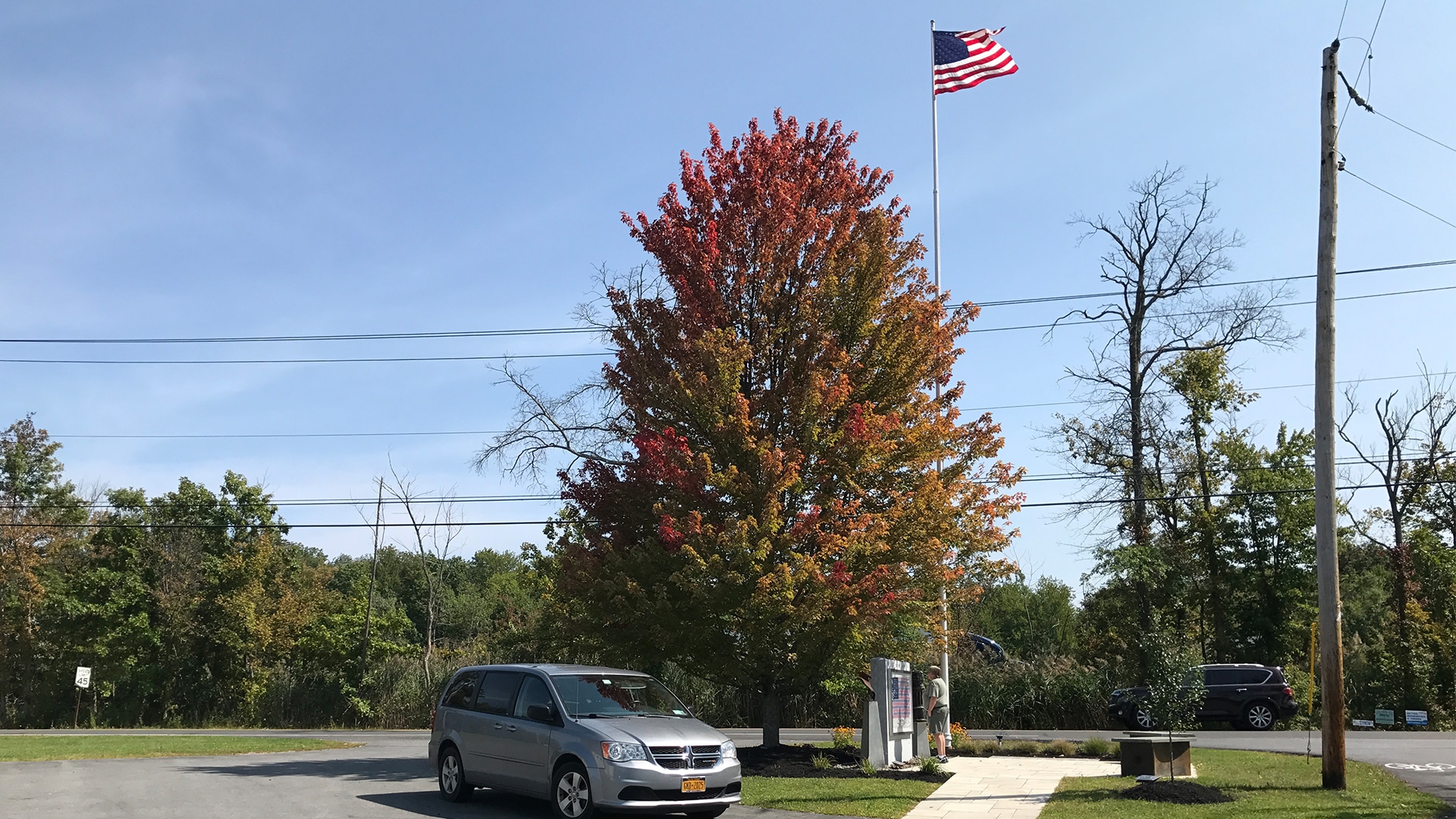 The New Paltz Community September 11th Memorial began as a memorial Tree of Remembrance, donated by Carmine Liberta and Butch Dener, and planted at New Paltz Fire Station 2, on the first anniversary in 2002. It was intended to serve as a local memorial to the lives lost on that day.

Upon hearing that the Port Authority of New York was making artifacts available for local community First Responders’ Memorials, Butch Dener, along with the Fire Chief Maguire reached out to request one for New Paltz. The New Paltz Police Department had a stanchion which had been donated to them by first responders at Ground Zero, and they had been wanting to display it as well.  Butch reached out to local resources and soon a group was formed to make the project happen. Alfandre Architecture and many other local companies donated their time to help bring this project to life.

A cutting from the Survivor Tree from Ground Zero was donated and planted alongside the New Paltz Tree of Remembrance.